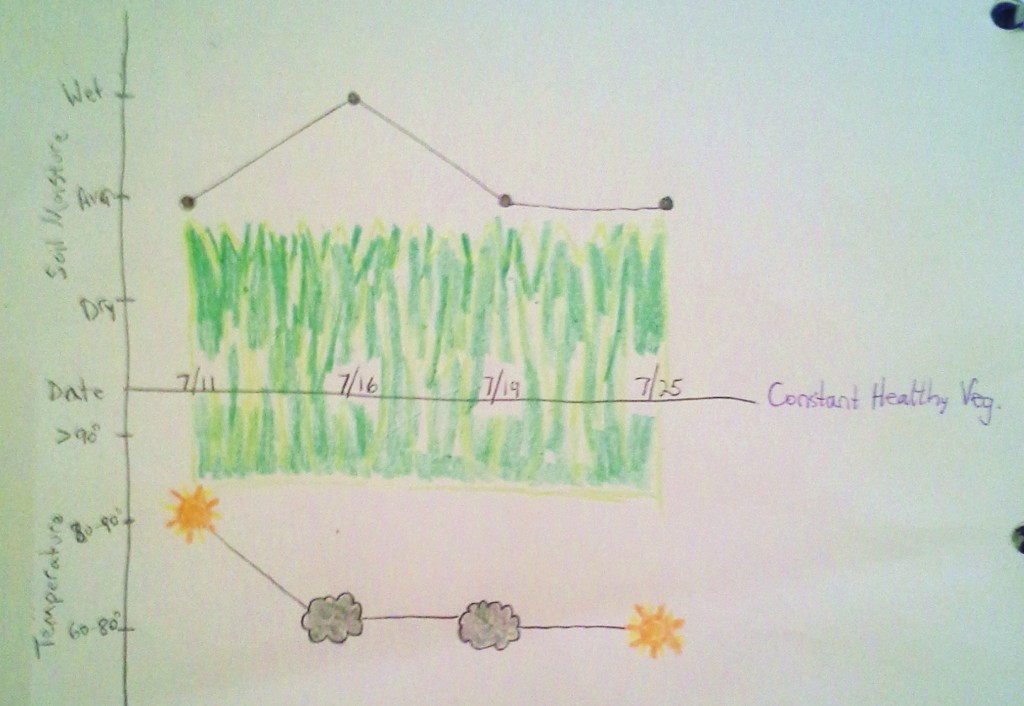 I decided to compare weather and temperature against soil moisture and vegetation health in my graph. The weather is represented by the sun or cloud symbol, and the thick grass background represents the constant healthy vegetation observed on each day. I realized afterwards that I should have switched the y-axes, so that weather was at the top. It would’ve made more sense for the viewers. In terms of patterns, nothing about this data is conclusive since the sampling is done qualitatively and in such a short stint. However, on the 16th, you can see that soil moisture increased on a cloudy day with cooler temperatures. That’s a reasonable observation; it follows that cooler temperature promotes condensation of moisture in the sky and soil. Also, clouds imply low pressure which discourages the chance of evaporation. Another observation seen in the graph is that soil moisture remained average or above average allowing for the continued health of the vegetation. Were the moisture to drop, we would probably see a drop in the vegetation’s health soon after.